NOTE: The board game Skerrobree is copyrighted and patented by ©2019 Olivier Dunrea.

In 1986 my book, Skara Brae: The Story of a Prehistoric Village, was published.   I did my field research in Northern Scotland, the Orkney and Shetland Islands, and the Outer Hebrides between 1978-98.   The archaeology, prehistory, and folklore of ancient Scotland fascinates me!

I love playing board games and have a large collection of them.  I also collect vintage Monopoly games from the 1930s, 40s, and 50s.

CLUE and RISK have always been two board game favorites.

As a researcher and illustrator I study and analyze a good number of plans for ancient sites and structures as well as maps.   The layout of Skara Brae has always fascinated me.

Last year I decided to see if I could design a board game using the Plan of Skara Brae for the game board.   In my research I had read that the archaic name for Skara Brae was Skerrobree by the local inhabitants.

The board game and how to play the game is a variation on CLUE—with a few more twists and turns.

RULES OF THE GAME

The year is 1947.   The Second World War is over and a team of archaeologists and graduate students are sent to the far-flung remote archipelago of the Orkney Islands in the North Sea to examine the ancient archaeological site called Skerrabree to see if any damage was sustained during the war.  The director of the expedition is Sir Angus Ian McPherson from the University of Edinburgh.

One night, after a week at the site, a ferocious and violent storm hits the islands.   Thunder rumbles throughout the night and streaks of lightning keep everyone huddled in their tents.  The next morning the body of Dr. Angus Ian McPherson is discovered.  WHO committed the murder?  WHAT weapon was used to commit the murder?  WHERE did the murder take place?  These are the three questions that must be answered.  AND the reason WHY he was murdered is randomly chosen to be secretly included in the Confidential dossier.

Two archaeologists, Dr. Bertram Standish and Dr. Euphemia McCrimmon, lead the team’s examination of the ancient Neolithic site.  Each archaeologist has a graduate student working under them: Maddy and Gabe.  Miss Bridey Finn is the photographer for the team. Two local laborers do the heavy work of digging and carting away dirt and stones:  Haggis McBride and Seamus Sinclair.  The final member of the team is the wife of Haggis McBride that cooks and makes tea during the expedition, Molly McBride.

Any one of the following could have been used to commit the murder:

Here are some photos of the board game in play: 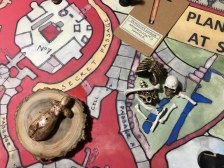 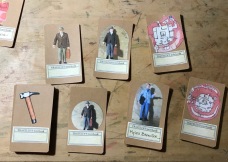 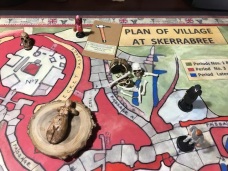 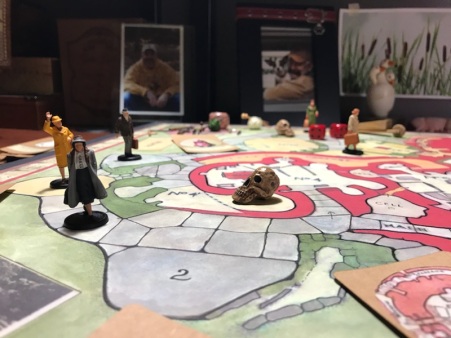 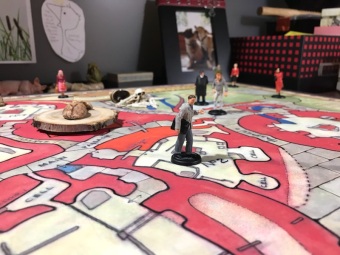 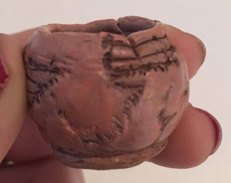 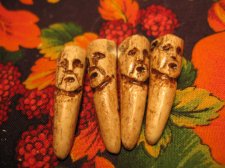 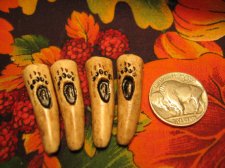 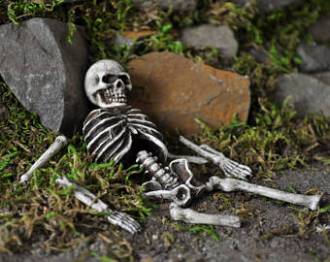 2 thoughts on “SKERROBREE BOARD GAME”